Princelings Revolution is out now!

The day has finally come for the last in Jemima Pett's Princelings of the East series. She started writing it in the dim dark days of 2008, thanks to inspiration from some guinea pig friends. Today's post has an extract and a Giveaway, so there's a lot of reading! In 2008 it was just a trilogy.  But the characters wouldn't accept their fate and demanded more. And so the saga of the Realms wound its way from south to north, and even into Germany before returning to the east.

Jasmine's birthday party ends in disaster. George seems to have lost a phial of highly dangerous liquid. And King Fred is battling politics, relatives and self-serving dignitaries in his aim to give the people a better way of living. But can Fred keep the promise he made to an engaging chap from another time when he was just a princeling? Or will all their hopes fail? 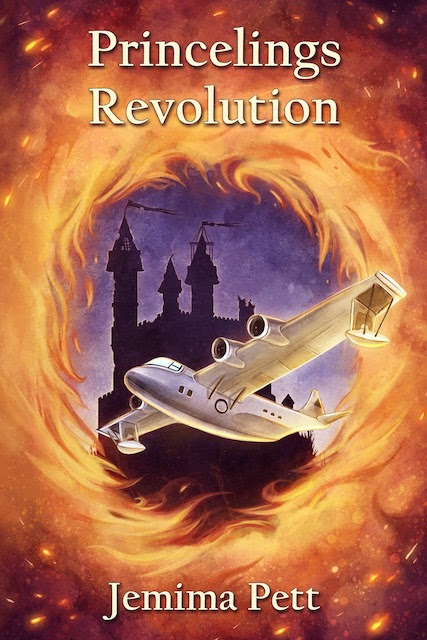 Jemima's favourite quotes from the book

Ten books take us from 2009 through to 2021, with a prequel at Book 4, explained from Lord Mariusz's point of view. The feudal structure of the Realms, the changes wrought by new technology, largely promoted by Princeling George, Fred's brother. The demise of paranormal creatures, thanks to George's use of garlic in the fuel cells; the rise of an anti-monarchist group called the Causists, and the resilience of characters great and small, trying to keep their pleasant and friendly society together in the face of so-called freedom fighters. One simple book at a time creates a world of change that will be somewhat familiar to every reader on today's uncertain planet. Suitable for good readers 8 years and up, although some parental guidance may occasionally be needed. Generally listed as age 10 and up. The first three books in the series are also available as Audiobooks 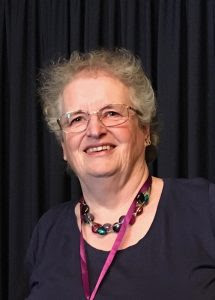 Jemima at Bloggers Bash 2018[/caption] Jemima Pett started writing stories when she was eight. By ten she was designing fantasy islands, complete with maps and railways timetables. There was no call for fantasy island designers then, so she took the science route through university and went into a business career, then retrained for environmental technology. Once in a policy research organisation she started writing again, reports, papers and briefings. She didn't believe she could write fiction until her guinea pigs came along, and inspired her to write The Princelings of the East.  Now she enjoys writing short stories and science fiction novels, and has been published by Third Flatiron Press, among others. She lives in Hampshire with Roscoe, Neville and Biggles, who all appear in Princelings Revolution. Jemima is on Twitter.... Amazon.... Goodreads.... Facebook.... Website

Entries close at 11.59 23rd October, New York time. Open for entries in all countries and states where this type of raffle is legal. Some additional entry options may be added: please check back if this is important to you. a Rafflecopter giveaway

King Fred of Castle Marsh surveyed the pile of messages from other kings and lords. They were all urgent, self-important, and harassed. Everyone had trouble with newcomers spreading malicious gossip, stirring the local people into argument and fractiousness. And worse. Then the last one he’d picked up, from Alexandre Kurtz in the Rhineland. She apologised but said there was no chance of sending the replacement metal flying machine to them this side of Solstice. Fred’s stomach did a loop, distressed that this meant there was almost no chance of keeping their promise to a guy called Mariusz the following summer. Fred sank onto his elbows, head bowed, then rubbed his hands over his face, and pushed his chair back. What he needed was a break. He came out onto the terrace at the end of the corridor from his office, and looked over the balcony. It was a fine day for December. The reeds were crackling in the marshes and a few people were out gathering them for firestuff and to patch roofs that had been damaged in the past week’s gales. A small party had gone out on a second wagon to the forest to gather what wood had fallen down. The first wagon had come back fully laden, with two stranded travellers as well as a stack of gleanings from the forest floor. The murmuring in the room behind him comforted him. His team of cartopetrarchs, as they styled themselves, were working together well, putting together their latest observations and measurements. One of the ideas brought back from last year’s summer school was to record the differences in soils and rocks around the land, as well as the relationship of the places to each other. And they were still charting the positions of forests and mountains and rivers... Yes, I really do want to map the world, Fred thought, with a smile—then a sigh. If only he could spend all his time on it instead of having to run things as well. BANG! The whole castle shook. Birds flew up, cawing raucously. People rushed out of arched doors, pursued by a blast of thick black smoke and dust. A few screams came from elsewhere in the castle, but they sounded more of fear than of pain, and a general hubbub of running feet on stone stairs and corridors started to echo through the building. Residents appeared at windows, leaning out and craning their necks to see what was going on. Fred watched anxiously from the terrace balcony to see his brother George emerging, not from his usual laboratory door, but further along from the main blast area. He was dusting his head and coat down. It seemed to have turned him a fetching lilac colour instead of his customary ginger. He looked up at Fred and waved sheepishly, then signed ‘one of those things,’ as if no harm had been done. Princelings Revolution © J M Pett 2020 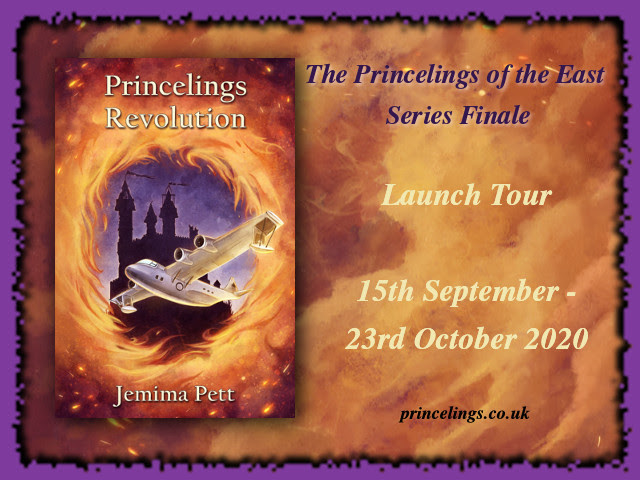 Email ThisBlogThis!Share to TwitterShare to FacebookShare to Pinterest
Topic(s): Books And Magazines, Computers And Internet, Pets, Spotlighting Other Authors 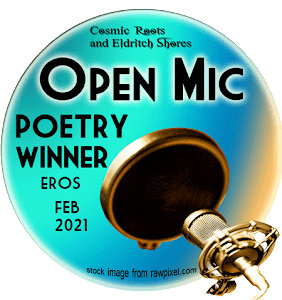